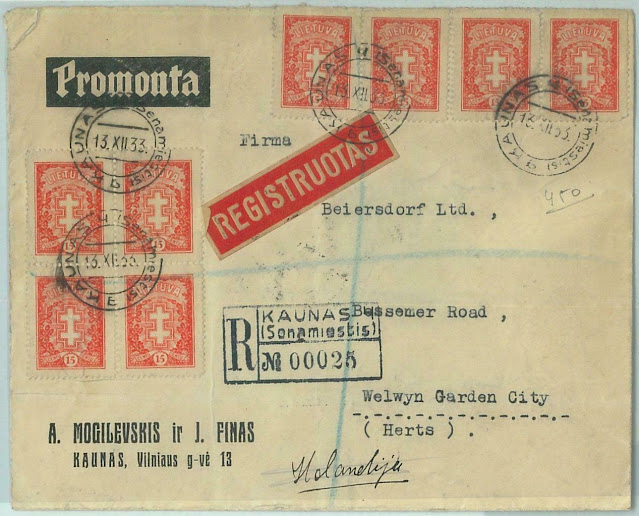 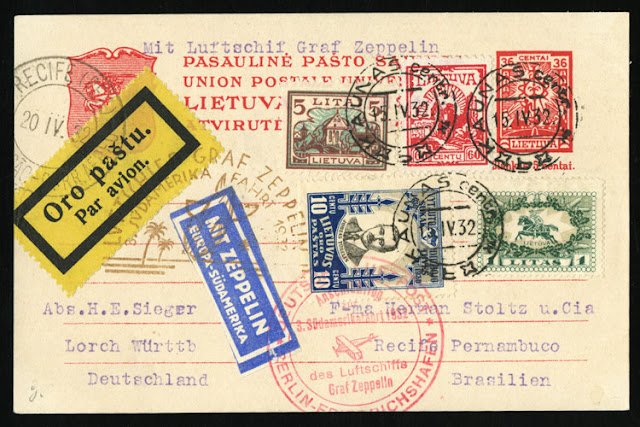 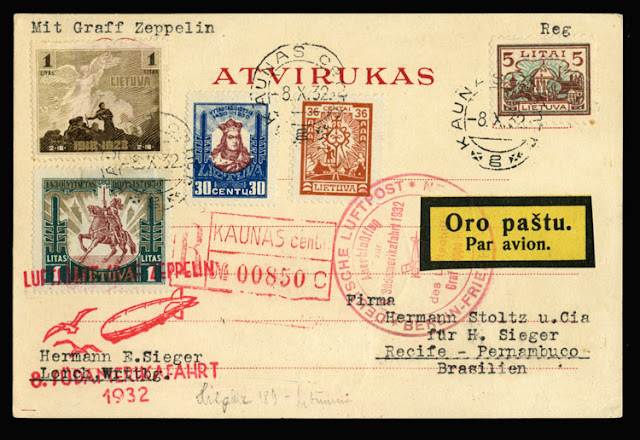 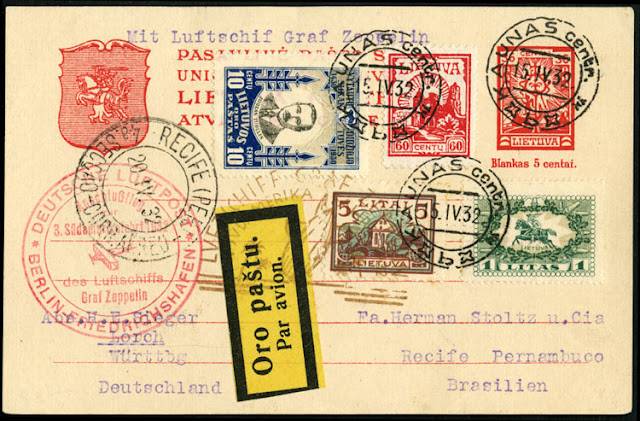 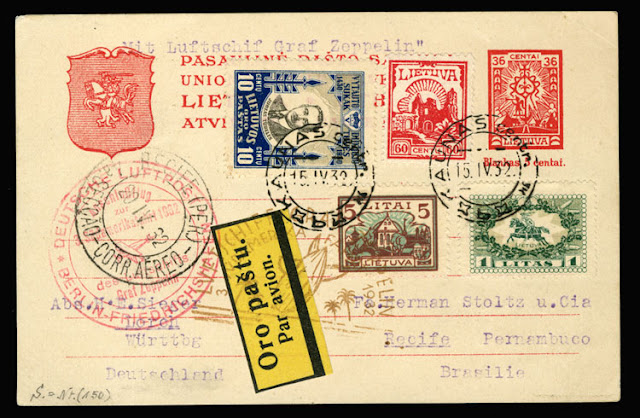 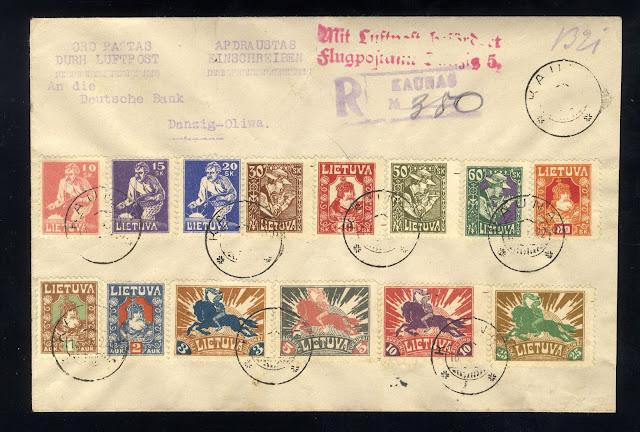 1921 10sk-25auk, fourteen different (three additional values 4auk, 8auk and 100auk appeared almost a year later) tied by 18.9.22 cds on registered cover from Kaunas to Danzig, with arrival pmk on back 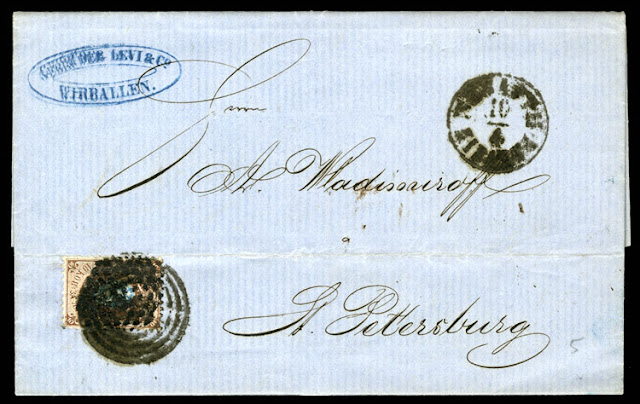 1862 (10 Apr) FL from Wirballen to St. Petersburg, franked with single 10k brown & blue, tied by indistinct bilingual "Kibarty" cds, repeated at top, with arrival pmk on back (when in 1861 a branch of the Saint Petersburg Warszawa Railway was built from Wilna to the Prussian border, where it was linked to the Prussian Eastern Railway, the Russian border station near the village of Kibarty (today Kybartai) was named after the neighboring town of Wierzbolowo (today Virbalis)), fine usage 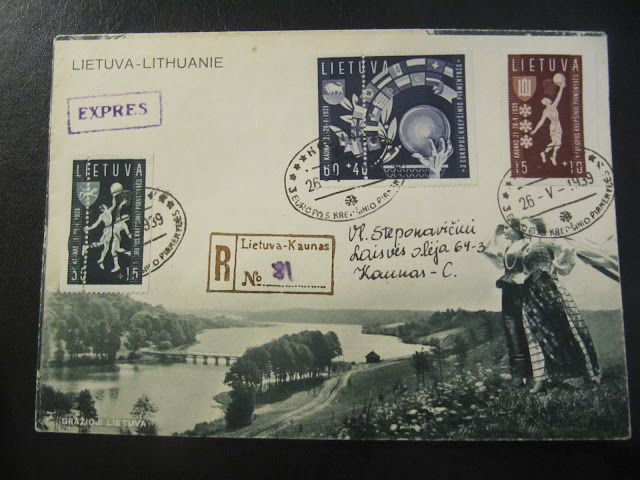 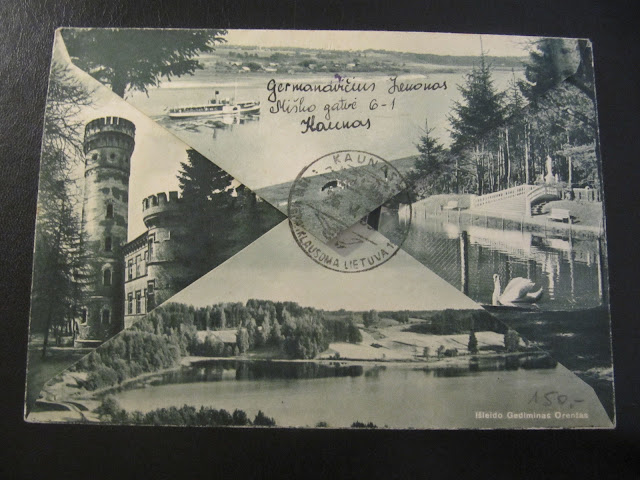 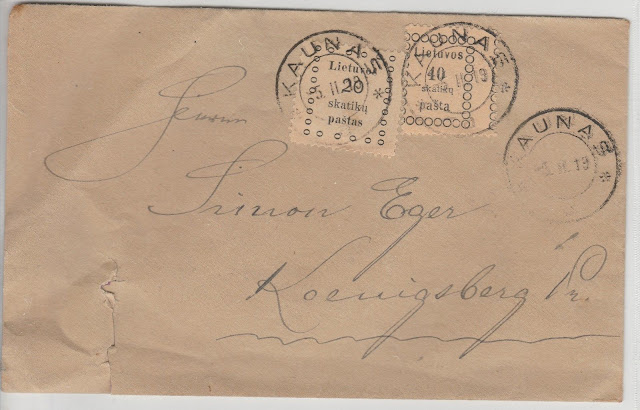 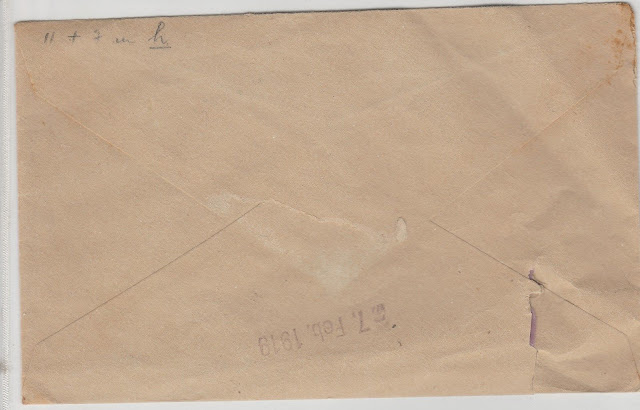 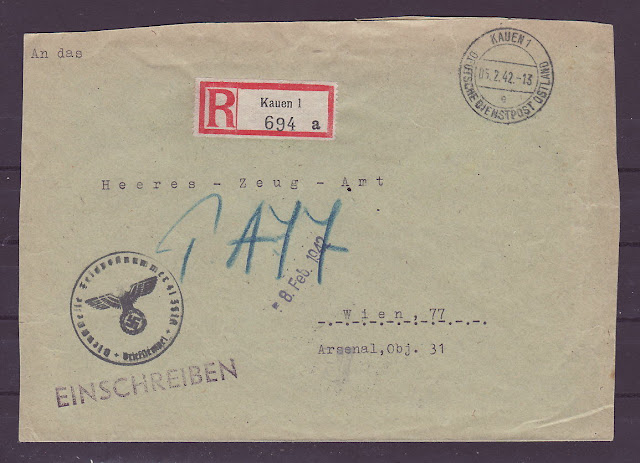